The Sounds of Summer Concert Series (formally Summer Entertainment Series) takes place annually every Friday night from May to September and features free concerts with a full line up of tribute bands from across the United States.

The Sounds of Summer Concerts are produced by The City of Daytona Beach Cultural Services division (which also operates the Peabody Auditorium). In its 13th year, the concert series has welcomed an estimated 250,000 people and featured more than 150 tribute artists.

This year’s Friday night series is made possible with support from:

Saturday night concerts are proudly presented by Friends of the Bandshell. 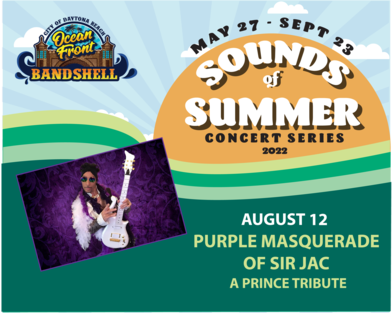 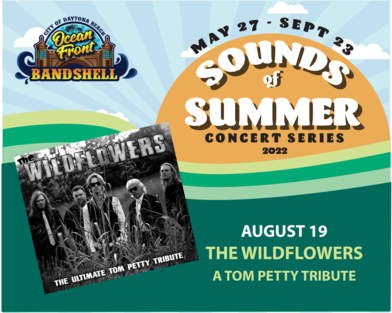 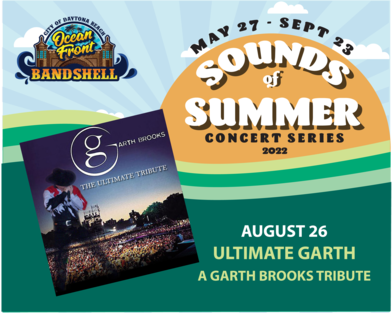 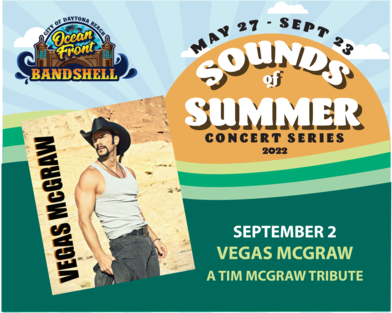 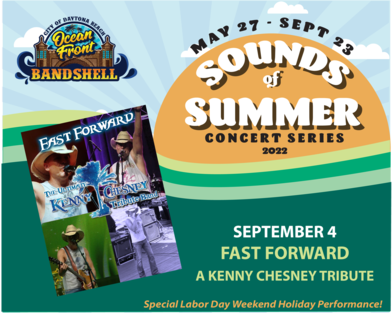 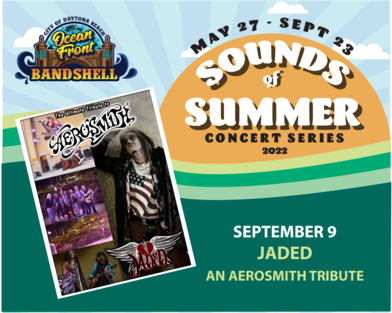 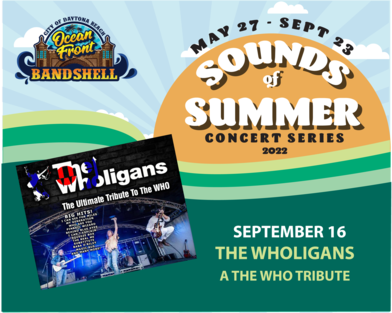 The Wholigans | A The Who Tribute
More Info Buy Tickets 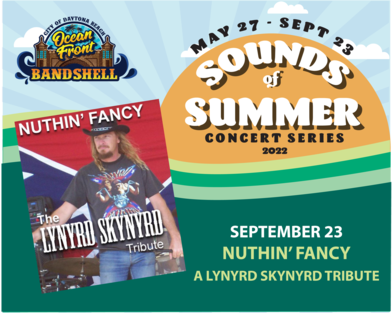